Plaidmania would like to take this opportunity to congratulate the Cleveland Cavaliers on a great season. 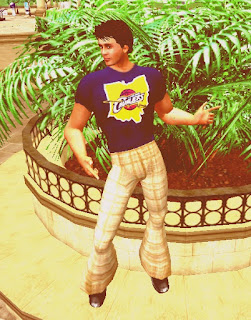 "There's no time for losing, because we are the champions of the world" -Queen
Posted by Pie François at 1:39 PM No comments:

Merry Christmas I hope you all enjoyed your Christmas, this song was number one according to the Pie Francois fan club. Tied for second was "Knockin The Boots Christmas version" and Dominick the Donkey.

Posted by Pie François at 9:24 PM No comments:

Pump Up the Volume Documentary

The editors at Plaidmania have concluded that the best documentary of the century has got to be Pump Up the Volume: History of House Music. This documentary was first released in 2001 on Channel 4 in the U.K.
It covers how house music was conceived in the post-disco era in Chicago at the famous Warehouse Club. It features early pioneers of the art form. Frankie Knuckles, Farley Jackmaster Funk, Marshall Jefferson, Screamin' Rachel Cain, Jaimie Principle and many other characters are introduced. Trax records is discussed. Innovative techniques are discussed and machines such as the Roland tb-303 influenced acid house.
The documentary is around 2 1/2 hours long. After Chicago, the music moves to New York and eventually to England.
More on this topic should be updated at a later date. UPDATE...
Posted by Pie François at 8:13 PM No comments:

Do you ever wonder why a great song does not make it on to the top charts in world? Well, I always wonder why certain songs make it and others that are thought-provoking never were given the proper chance. I remember some time ago when there was a ukulele craze on YouTube. The following song was really a great song, the singer Loleini Unga Ngalu has a great voice and her stylized lyrics are something that you could hear on an RnB, pop or adult contemporary channel. I usually joke around on my blog, but this time I have to be serious. The following song is truly a gem. I wish I could buy this song. So, please listen to it as you will not regret it.

The song is called "Again".

Posted by Pie François at 1:31 PM No comments:

Virtually Human: The Promise and the Peril of Digital Immortality 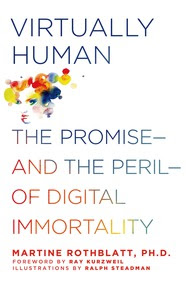 As of this post,  I am 212 pages into this thought-provoking book by the well-accomplished Martine Rothblatt, PH.D.  This book absolutely just blows my mind with its premise of what might, I mean what will happen when human consciousness transcends to technology. This woman really, really, REALLY thought through all of the implications of machines having intelligence and rights and Oh just read the book, you'll love it!  So in conclusion, Congratulations on this book becoming Plaidmania's Book of the Year!
Posted by Pie François at 7:22 PM No comments:

I would like to take this opportunity to wish all my virtual friends and virtual family a very Merry Christmas and Happy Holiday Season! 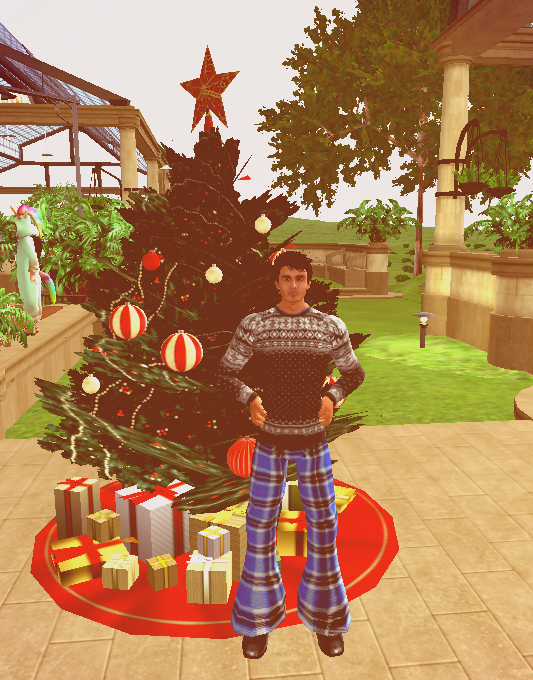 Posted by Pie François at 1:54 PM No comments:

I would like to take this opportunity to wish all the friends of Plaidmania and my friends out there in the metaverse a very Happy Thanksgiving. Though you may not celebrate the holiday, (probably because you are unAmerican), I would also like to thank my friends from the United Kingdom, Spain, Italy, Mexico, Canada, Argentina, Brazil, Belgium, the Netherlands, Japan, South Korea, and elsewhere. You are all my plaid-monsters! 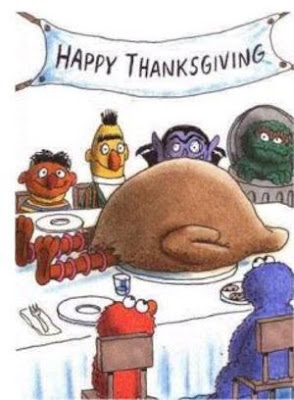 Posted by Pie François at 2:06 PM No comments:

Citizen of the Day: Quinby Hancroft

Plaidmania would like to recognize a lady of class and elegance, Miss or Ms. Quinby Hancroft.  Sexy, yet selective, this female specimen has risen to the challenge and the honor of the title of Duchess Citizen of the Day.  Remember, if you see Quinby, congratulate her. 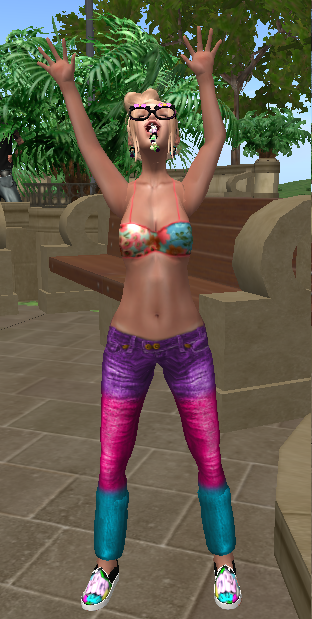 I know this entry might seem incoherent, but come on I was at the pub for three hours and I was loathing as I watched the USA soccer team lose to Belgium. So, just deal with it. Congratulations Quinmeister!
Posted by Pie François at 6:15 PM No comments:

Knockin' The Boots for the Holidays

I would like to take this time to wish you all a very Merry Christmas and have a prosperous New Year. 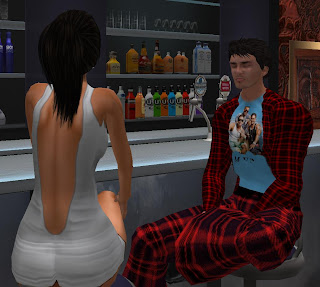 I will be spending my holidays with Selena Gomez or her look alike.
Posted by Pie François at 9:25 PM No comments:

Good Evening, it has been almost a month now since my favorite laptop's hard drive crashed. Let me just say, I never realized how much not having a computer would change my perspective. It is sickening. Well, besides that, I'm doing well, I guess. Oh who am I kidding, Je suis triste :(
Posted by Pie François at 7:54 PM No comments:

Jimmy Adja: Citizen of the Day

Congratulations is in order for acclaimed Bollywood movie character, Jimmy Adja who was played by actor Mithun Chakraborty, (no relation to Solomon Chakrabarty).  This clip is from one of the best international movies ever made, Disco Dancer which was released in 1982.

Posted by Pie François at 8:31 PM No comments:

Anthony Weiner: Definitely NOT Citizen of the Day 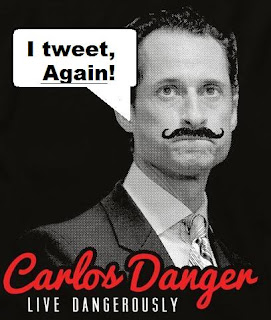 Former congressman and New York City mayoral candidate, Anthony Weiner has admitted that he showed off his wiener again in the twitterverse.  He thought that he would outfox his opponents and critics assuming the pseudonym 'Carlos Danger'.  Domage, Monsieur Anthony, Plaidmania sees right through your charade.  Therefore, a la Maury Povich, "You are NOT Plaidmania's cherished Citizen of the Day!"

Posted by Pie François at 6:57 PM No comments: 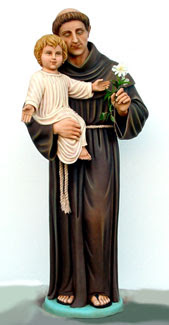 St. Anthony is the official Saint of the Plaidmania blog. This statue picture has been shown three times. I hope you enjoyed his feast day.
Posted by Pie François at 10:22 PM No comments: 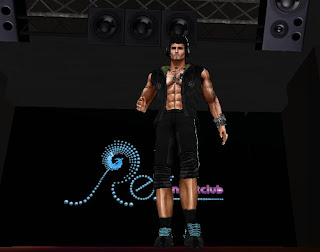 Rez Nightclub has just been named official nightclub of Plaidmania. Also, Rez DJ Andrew La Morte is made Citizen of the Day.  Congratulations is in order, but I got to dance, so this post will be updated later.
Posted by Pie François at 7:02 PM No comments:

The Internet is buzzing tonight with the news that Yahoo!'s Marisa Mayer has made the strategic decision to buy the micro-blogging site Tumblr for $1,100,000,000.00. Tumblr was founded by David Karp who was born in 1986. According to the Wikipedia article, before Yahoo! made the offer for the site, Tumblr was estimated to be worth $200 million. So, on Sunday May 19, 2013 Tumblr's value was multiplied by 5.5. This is simply astounding. I was tempted to nominate Mr. Karp as Citizen of the Year, but I think it is wise to stick with the choice of hero Charles Ramsey.

A few years ago, I signed up for a Tumblr account, but I actually am happier with the Blogger platform. In fact, I like Blogger so much that I misplaced my Tumblr password. I always have felt that Yahoo! should have retained its GeoCities web pages, they were plain and quirky, but interesting.

As with most netizens, I have observed how dynamic the Internet has become over the last twenty years.  It has been interesting to see the different trends in both content and design.  I remember the first time I got on AOL and heard the white noise followed by, "You've Got Mail!"  I remember pictures not being able to load in my browser and all of those red Xs in the top-left side of the containers.  I think the first site that I went on that was interactive was the MTV chatrooms, (which beat the hell out of using poke 53281, + 16 different numbers to change the screen color of my old computer.)

I have been loyal to certain sites over the years.  I lived virtually in Second Life for the last few years, and I am a bit perplexed why it hasn't got even bigger. Wikipedia is a site that I still find interesting and useful.  There are certain tech news and newspaper sites that I read time to time.  Remember MySpace?  Facebook has gotten tired.  Twitter still has an interesting niche.  Though, the best site in my opinion, has got to be YouTube.  YouTube gives users exactly what they want when they want it.  Plus, YouTube is so easy to use.

[I might have to edit this later for more clarity.]
Posted by Pie François at 7:12 PM No comments:

Charles Ramsey is the hero who saved three women that were held captive by a sadistic man on Cleveland's west side.  If it had not been for Charles Ramsey, these women may not have been found.  A few days ago, Charles Ramsey was nominated and immediately approved to become Plaidmania's Citizen of the Year.  It should be noted that Charles Ramsey is from the east side of Cuyahoga County, which proves that the East Side is the best side of town, (better restaurants, higher culture, and better people according to Pie Francois.)
The following interview was made the day after he rescued the three women.  This video shows more of his humble side.  Humble or not, the guy is a hero regardless.  Both the Governor of the State of Ohio and the President of the United States should be kissing this man's feet.  Also, Plaidmania recommends that this man be given an ounce of weed per week, in addition to whatever money he is entitled to for discovering the three women.

Congratulations is in order for Plaidmania's latest Citizen of the Year.  After, a quick nomination process that was followed by a brief discussion this evening, the editors of this blog unanimously has approved Mr. Charles Ramsey to become the Plaidmania Citizen of the Year.  This man really did something extraordinary on Monday, May 6, 2013.  This gentleman saved three women that had been missing for more than 10 years each.
In the following video, Mr. Ramsey, current Plaidmania's Citizen of the Year, describes to a local reporter in detail how he helped save the women who had been held hostage in a neighborhood on the west side of Cleveland, Ohio.  Remember, if it had not been for Mr. Ramsey, these women might not have been rescued tonight.


Posted by Pie François at 9:51 PM No comments:

After a long conference with members of the Plaidmania board, we have decided to name Lolla Honi as Plaidmania's Citizen of the Day. This gorgeous specimen of an avatar may not be wearing plaid but she goes beyond what it means to be the Citizen of the Day. Remember, if you see Lolla, tell her congratulations! 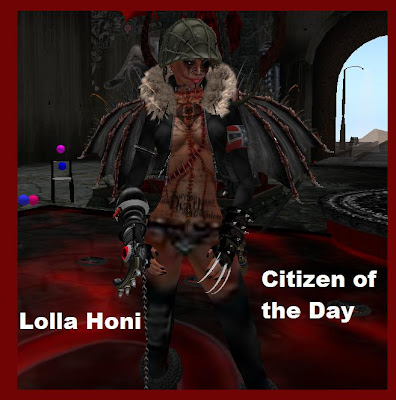 Posted by Pie François at 7:29 PM No comments:

The Picture Says It All 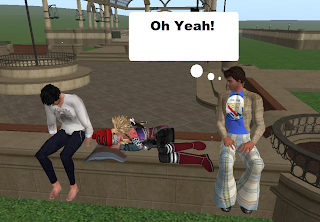 Posted by Pie François at 9:50 PM No comments:

Pie François
Bon jour, Je suis Monsieur Pie François. I wear plaid and I eat pastries. I enjoy fine wine and women (not always at the same time). I also like to dance at virtual discotheques. I hope you enjoy some of my experiences that I showcase on my blog.